Heidi Klum is a shoe hoarder

Heidi Klum admits she owns around 2,000 pairs of shoes and is saving them for her daughters to wear. 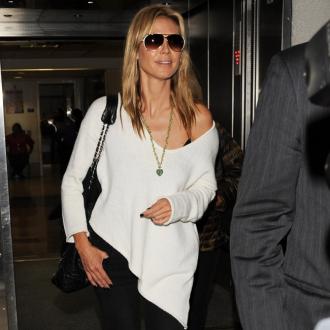 The German supermodel is a self-confessed footwear hoarder and admits she never throws anything away from her impressive shoe collection.

She frankly confessed: ''It's embarrassing, [I] probably [own] 2,000. Does that sound horrible? You know what it is - I'm a hoarder, and I just hoard and hoard and hoard.''

However, the 'Germany's Next Top Model' host insists the designer pieces won't go to waste because she intends to pass them on to her daughters, Leni, 9 and Lou, 4.

Heidi added in an interview with ET Canada: ''Being in this industry for over 20 years, I've collected so many pieces from designers, and handbags and shoes, and what not. And I have two! So everything is nicely organized with a photo in the basement for them. Hopefully, they have my shoe size. I have an 11.''

The bubbly blonde made a name for herself thanks to her numerous Sports Illustrated Swimsuit Issue covers and joined the elite gang of Victoria's Secret Angels in 1997, but although those days are behind her, she says lingerie is still her favourite aspect of modelling.

Heidi revealed: ''I always love to model in lingerie. Because you don't have to worry about the outfit so much. It's much easier that way.''