Helena Bonham Carter claims 'The King's Speech' director Tom Hooper pressured her to take on the role of Queen Elizabeth in the movie. 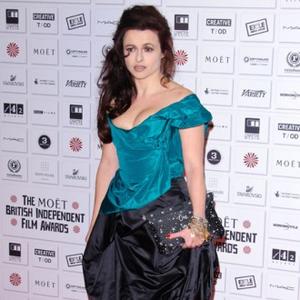 The 44-year-old actress - who stars opposite Colin Firth in the forthcoming drama - says director Tom Hooper was insistent she accept the role of Queen Elizabeth and refused to let her turn down the part.

She said: "To be honest, I never actually said yes to this part.

"Tom Hooper is such a phenomenon of relentless passion and determination he just wasn't going to take no for an answer."

The screen star also admits she is unsure she did the part Justice with her performance because she is so physically unlike the late royal.

She added to Total Film magazine: "I don't know if I really carried it off.

"We all knew her when she was in her nineties and obviously I don't look like her. I hope. Not in a disrespectful way, I mean her later years."