Herbert Lom, star of the Pink Panther has died aged 95. If you're of a certain generation you'll be sure to remember the star, who played Inspector Clouseau's boss Charles Dreyfus in the Pink Panther movies. The veteran actor passed away peacefully in his sleep on Thursday (September 27th), according to his family. It was a life well-lived for Lom, who managed to rack up more than 100 movie credits in a career that spanned six decades, including starring roles in classics such as El Cid, The Ladykillers and Spartacus among others.

Herbert Lom, the actor best known for playing Charles Dreyfus in the Pink Panther movies, has died aged 95. He may have starred alongside Hollywood greats Kirk Douglas, Charlton Heston and Alec Guinness, he may have portrayed historical figures such as Napoleon Bonaparte, but it will be his performance alongside the hapless Inspector Clouseau (played by Peter Sellers) for which he will be most fondly remembered.

The family of the Czech-born star confirmed that he died peacefully in his sleep, Sky News report today (September 27, 2012) and his son Alec Lom has spoken of his long and varied career. “Like many actors, he never wanted to be pigeon-holed in a particular role,” his son revealed. “After having played the role of East European gangster in many films, it was a delight to him later in his career to be cast by Pink Panther producer and director Blake Edwards in a comedy role opposite Peter Sellers, and he hugely enjoyed that move.”

Alec also spoke fondly of his father’s working relationship with Sellers, saying “he had many funny stories about the antics that he and Peter Sellers got up to on the set. It was a nightmare working with Peter because he was a terrible giggler and, between my father and Peter's laughter, they ruined dozens and dozens of takes.”

Trail Of The Pink Panther Review

By Christopher Null
Weak
In 1980, Peter Sellers died. In 1982, Trail of the Pink Panther, with Sellers as the headliner, was released by a studio hungry to capitalize further on the popular series.

Trail certainly isn't historically unique in its use of archival footage to create a role for a passed-on movie star, but it's inarguably one of the ballsiest attempts at it. Sellers isn't some bit player (like Lawrence Olivier in Sky Captain and the World of Tomorrow), he's the star. He's Inspector freakin' Clouseau, and he's in more than half of the running time of the film. 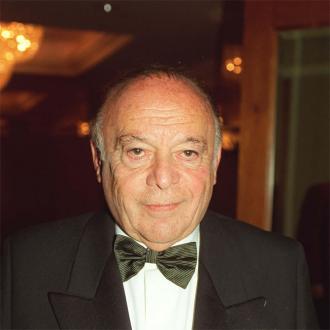