Iggy Azalea watches Scarlett Johansson's films just so she can admire her beauty as she has a crush on the stunning screen star. 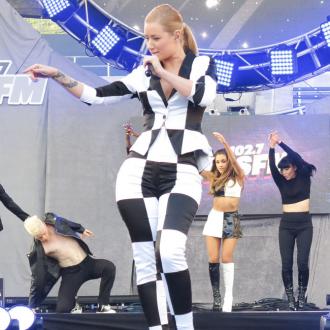 The 'Fancy' singer is fascinated by the Hollywood screen siren and watches her movies on a loop just so she can admire her beauty.

Speaking to the Daily Star newspaper, Iggy said: ''She's my woman crush forever. I love all her films because I watch them just to look at her. I'm in awe of her beauty on screen.''

Fresh from Nicki Minaj's comments at the BET Awards on Wednesday (02.07.14) criticising rappers who don't write their own lyrics - thought to be a dig at Iggy - the blonde star revealed she most admires one of the original female rappers, Missy Elliott.

Iggy, 24, said: ''She (Missy) doesn't conform to what people want her to be. She writes all her own lyrics, and when does that ever happen? She's a genius.''

She added: ''[Beyonce] has to be in there. She's amazing, she can do everything. Dolly's ridiculous, and I love that ... Aretha proved you can be seductive, sexy and strong without the image of typical glamour.''