Iman credits fellow model Christie Brinklie with helping her and husband David Bowie to conceive their only child.

Iman says Christie Brinkley is responsible for her and David Bowie's only child.

The 60-year-old model and the 68-year-old musician welcomed daughter Alexandria Zahra Jones into the world in 2000 after eight years of marriage but Iman credits Christie, 61, for helping them to conceive, thanks to an African proverb.

Speaking to Fern Mallis at her Fashion Icons Q&A in New York, Iman explained: ''We were at this shoot for American Vogue. Christie walked in. She had her baby. So, I said, 'There is an African proverb that says that if you carry another woman's child for a day, you'll get pregnant.' And she said, 'Here!' So, I say it took two blondes to get me pregnant: Christie and David. It is a miracle.''

While she is one of the world's most famous models, Iman - who also has daughter Zulekha Haywood from a previous marriage and is step-mother to David's son Duncan Jones - says she never goes to fashion shows any more and prefers low-key outings with her husband.

She told the New York Post newspaper: ''I haven't been to a fashion show since 1989. First of all, the industry itself has changed and there's no reason for anyone to go. It's all live-streamed. The nature of it has changed [especially when] all of a sudden shows were being held for over an hour for the likes of Paris Hilton. I'm not going to that.

''David likes to go to museums and to shows to see the young musicians he likes. We go to dinner and restaurants with friends. We know how to manoeuvre the city and have a private life.''

However, Iman still retains an interest in the industry and is impressed by the work ethic of the current crop of models.

She said: ''I don't know Kendall (Jenner), but I do know Karlie (Kloss). She is well-raised and has the best manners...and Joan Smalls! They have the work ethic and work really hard at it.''

Iman still gets flutters before hitting the red carpet 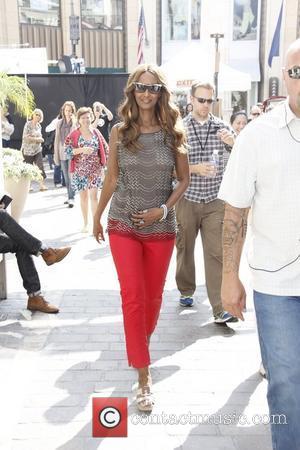