James Dean Bradfield has warned there are a lot of fake profiles in his name on social media. 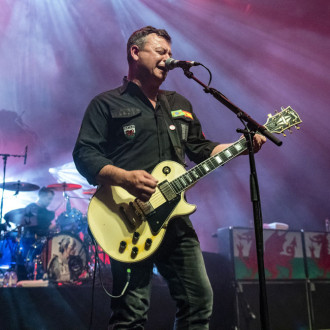 James Dean Bradfield has warned there "a lot of people" impersonating him on social media.

The Manic Street Preachers frontman has insisted he has never posted a single thing on apps like Twitter and Facebook, but he is aware of several fake accounts pretending to be him.

He said: “I haven’t got a Twitter account, I’ve never tweeted or posted on Facebook. There’s lots of people who pretend to be me who’ve got a Facebook account, but I can swear in my family’s life, I have never, ever posted anything digitally - not one thing. Because I’ve got no need to, I don’t want to communicate. I think Nicky [Wire] does sometimes."

On their recent single 'Orwellian', the Welsh group explores “the battle to claim meaning” in the digital age.

And the 52-year-old singer insisted that while he considers himself to be an "analogue" person, his bandmate Nicky Wire is the opposite.

He added to Hot Press: “Nick is not a digital person, he’s very analogue, but he does love sharing visual things. He loves Instagram, he thinks it’s the form of communication that has most taste filters attached to it. But I think it is my age, and I would never try and deny that."

The 'A Design For Life' hitmaker added how he much prefers to read the news with a paper in his hand than via his cell phone as it helps him absorb the information better.

He said: "Whenever I do read news on my phone, it never seems to stick with me as much when I actually sit down, and take an object with me to a seat and read it.”

'Orwellian' featured on their latest album, 'The Ultra Vivid Lament', which was released last week.

And lyricist and bassist Nicky, also 52, previously shared how the follow-up to 2018's 'Resistance Is Futile' is influenced by the current cultural and political landscape.

Asked about the sound of the new album, Nicky explained: "It's very broad - it feels like an expansive record.

"'Resistance Is Futile' certainly felt more tight and 'pop' in a Manics sense. Everything was really melodic and concise. This album just feels broader. It's got a wider landscape, sonically. It's early days, but 'Orwellian' feels like the one track to guide us.

"I wouldn't call it a directly political song, but it has that element of the times that we live in." 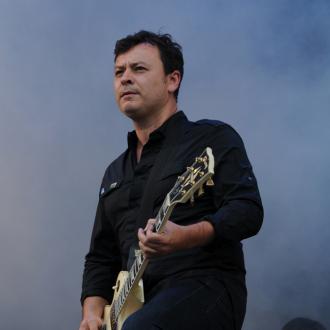