James Mangold: 'It was easy to kill off Wolverine'

James Mangold says it was easy to kill off Wolverine in the 2017 movie 'Logan' and Hugh Jackman agreed with him. 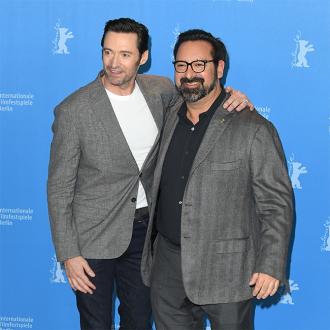 James Mangold says it was easy to kill off Wolverine.

The 'Logan' director admitted he did not struggle with the decision to kill the beloved character - played by Hugh Jackman - in the 2017 movie and explained he and Hugh were in agreement.

He told Comicbook.com: ''It was really Hugh and I at first. It seemed logical, that if it were going to be his last film, that he's either going to ride off onto the horizon or die, that you need to have some kind of curtain on his story. That's a logical assumption, right?

''You either have the 'Shane' ending where he rides off on the mountain to parts unknown, which had largely been the way his character was resolved in every proceeding movie or you'd kill him. But the reason the choice was at our feet was because you needed the sense of closure. You needed some sense of an ending if you were going to end, if you were dealing with the legacy of Hugh's many performances and many films, and trying to set this part in some definitive way.''

And James revealed that even the studio agreed with them.

He explained: ''Frankly, even the studio didn't even have nervousness about it, because it felt like an event. It gave the movie, on a simple level, the reality that while it may not feature as flamboyant or expensive action as some other movies, that the must see of the movie was going to be because it would be the end of a legend.''

James Mangold: 'It was easy to kill off Wolverine'