Screen Stars Jamie Chung And Bryan Greenberg Have Wed In A Romantic Hilltop Ceremony In California. 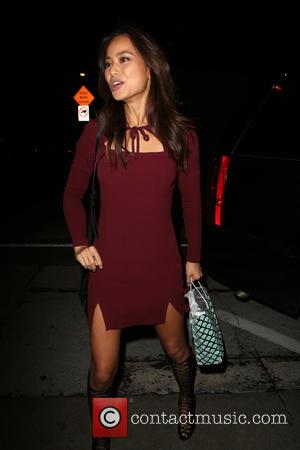 The Once Upon a Time actress married the former One Tree Hill star in a rustic ceremony in Santa Barbara on Saturday (31Oct15), editors at Martha Stewart Weddings report.

More than 200 family and friends attended the wedding, which mixed personal vows and Jewish traditions. The couple held a Halloween-themed dinner on Friday (30Oct15) for their guests, who were encouraged to arrive in costume, and Jamie and Bryan dressed as characters from Back to the Future, according to editors at UsWeekly.com.

The newlyweds have yet to address their nuptials on social media, but Bryan posted a photo on Twitter.com on Saturday showing him looking at his watch, alongside the caption, "The future's almost here!"

He later shared another image of a hilltop location overlooking the ocean, writing "Blessed".