Imogen Thomas has been getting into the festive spirit and posed with her huge baby bump in a sexy Santa dress at a small gathering with friends at home.

The seven and a half month pregnant reality star was seen cradling her bump in pictures at the party on Tuesday afternoon (December 18th 2012) and posed with two girl friends as they rested their hands on her belly. She donned a red minidress with a hood and black bow and teamed it with red peep-toe heels while she served up courses of her own cooked Christmas food and stacked presents under the tree.

It's not the first time the star has been spotted filling up on Christmas cheer as she was snapped by paparazzi leaving London's Hilton Park Lane Hotel in a Santa hat and an oversized jumped on Monday (December 17th 2012). She had been stuffing herself with tea and cakes all afternoon so it's no wonder that Monday's outfit was a little looser than Tuesday's! But hey, she's pregnant; she's allowed to overindulge, especially over Christmas! Though there are some people who disagree; model, ex-Celebrity Big Brother housemate and former girlfriend of Simon Cowell Jasmine Lennard (I know, we don't remember her either!) recently hit out at poor Imogen over Twitter criticising her weight. 'I swear to god that girl's been pregnant for like 2 years or else I'm just REALLY bored of hearing about it. Her ass is 3x the size of mine and it's pretty much all she posts about', she Tweeted rather jealously. Imogen responded with simply '#whoareyou' which angered Jasmine who made a suggestion that Imogen wasn't as famous as her. despite the fact that she has nearly twice as many Twitter followers. 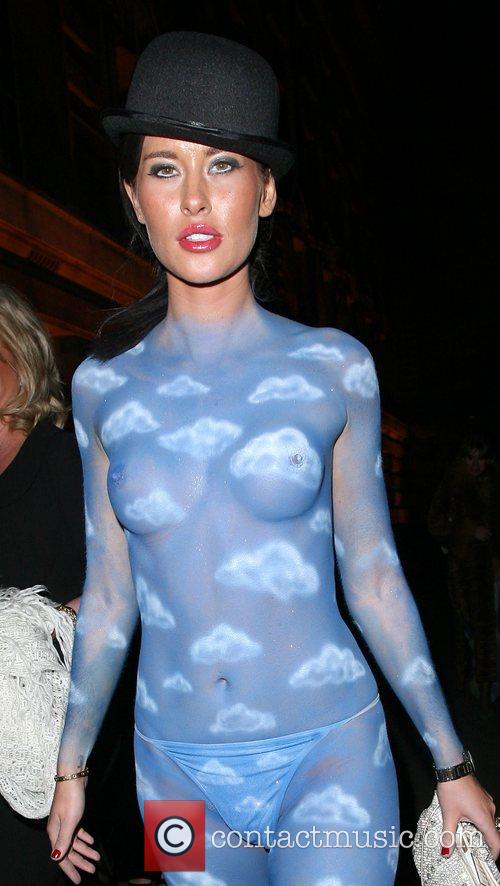