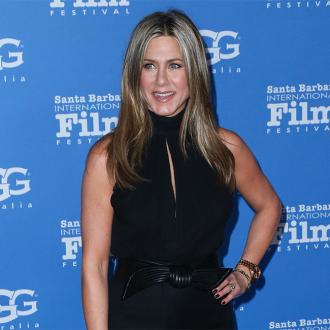 The 'Cake' actress and her new husband Justin Theroux are keen to take on the care of a child and so she has turned to her pals - who both have adopted children - for help and reassurance.

A source said: ''Charlize and Sheryl have been perfect for Jen to talk to.

''Their kids are still young, and they both waited to have them later in life, so they really understand what Jen is going through.

''Naturally, Jen has been worried about finally doing it, but Charlize assured her that everything would be absolutely fine. She's told Jen there are so many ways to meet mums and she'll introduce her.''

The 46-year-old actress has been particularly thankful for the advice and guidance Charlize - who has three-year-old son Jackson and reportedly adopted a baby girl named August last month - has given her on the adoption process.

The source told LOOK magazine: ''Charlize has told Jen to expect endless interviews as she goes through the process. And she has said she'll be there for her every step of the way.''

Now is said to be the right time for the couple to start a family as Justin is on a filming break from 'The Leftovers', while his wife has no confirmed projects until next year.

The source said: ''Jen has never been so ready to have a baby. Her and Justin can't wait to be parents.''