Jennifer Lawrence, Julia Roberts, Matt Damon and Meryl Streep will be among the presenters at Saturday's (18.01.14) Screen Actor's Guild awards. 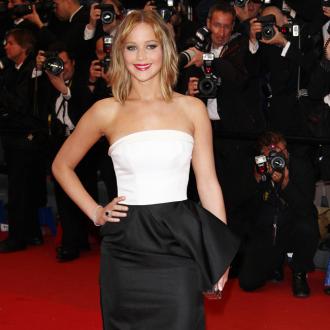 Jennifer Lawrence and Julia Roberts have been added to the Screen Actors Guild (SAG) award presenters.

Organisers of the annual ceremony - which takes place on Saturday (18.01.14) at Los Angeles' Shrine Exposition Center - have announced another string of famous names who will hand out trophies this year, and as well as the two screen beauties, Matt Damon, Meryl Streep, Mindy Kaling, Emma Thompson, Lupita Nyong'o, Robert DeNiro, Julia Louis-Dreyfus, James Marsden, Ewan McGregor, Sarah Paulson, Elisabeth Röhm and Chiwetel Ejiofor will all give out gongs.

They join the recently-announced Ben Affleck and Jennifer Garner - who will not be presenting together - Oprah Winfrey, Kerry Washington, Tom Hanks, Kevin Spacey and Sasha Alexander in giving out prizes.

'12 Years a Slave' and 'Breaking Bad' lead this year's nominations, with the film and TV show both being up for four prizes.

In the movie category, 'August: Osage County', 'Dallas Buyers Club' and 'Lee Daniels' The Butler' will contest for three awards, while multiple TV shows - including 'Downton Abbey', 'Game of Thrones', 'Modern Family', '30 Rock', 'Boardwalk Empire', 'Homeland' and 'The Big Bang Theory' are up for the same number of trophies.