Jess Glynne too busy to date

'Rsther Be' hitmaker Jess Glynne says she is too busy for love but has admitted she would love to settle down one day as she likes the comfort of someone being there. 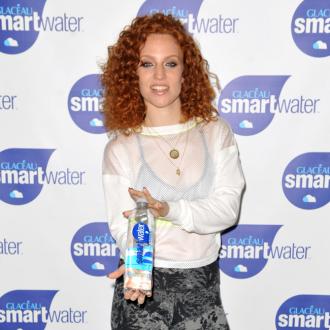 Jess Glynne is too busy for love.

The 'Rather Be' hitmaker has been single for two years, and though she has had ''moments'' with other people, she hasn't found a lasting romance, though she would like that to change.

She said: ''It's been two years since I broke up with my ex-girlfriend and yes, I've had my moments with other people.

''But I have so much going on right now and relationships aren't on my mind. But having someone there definitely helps me. I don't know who that person will be but love is something I want in my life.''

Jess was devastated when she split from her former partner and poured all her feelings into her debut album, 'I Cry When I Laugh'.

She explained to OK! magazine: ''It's a soulful album, I wrote it all and I feel like it tells of my journey from a sad place to a happy one.

''I'd been through the worst break-up I'd ever experienced and I was finding the heartbreak really hard. The record deal came at the same time and even though it was all so fresh, I wanted to find the positives.

''I would plant a smile on my face at the studio because I didn't want to write a heartbreak album. But then I'd go home and be sad.

''The single, 'Don't Be So Hard on Yourself', is about finding that light at the end of the tunnel, and that was when my turning point came.''