The Face Of Love Review

Middle-aged romances are rare on the big screen, so it's frustrating that this one is so badly compromised by a series of contrived plot points. One gimmick wasn't enough for director-cowriter Arie Posin, who continually twists and turns the events in ways that are both bizarre and melodramatic. Within this, Annette Bening and Ed Harris still manage to create intriguing characters, but it becomes increasingly difficult to care when the screenwriters clearly have trouble on their minds.

It opens as Nikki (Bening) is flooded with memories of her husband Garret (Harris), who died five years ago while they were vacationing in Mexico. Now that their daughter (Jess Weixler) is moving away from home in Los Angeles to attend college in Seattle, Nikki has time to think. Although she wants to remain friends and nothing more with her lusty widowed neighbour Roger (Robin Williams), an old friend of Garret's. Then Nikki meets a man who looks uncannily like Garret and begins stalking him. Tom (Harris again) is an art professor, and when Nikki gets up the nerve to talk to him, she knows she's going to a very odd place.

The film is like a variation on Vertigo, as Posin plays up the freaky doppelganger storyline to add a heightened sense of dangerous tension. But it's not so easy for the audience to accept such a set-up, when one honest conversation would solve everything. Instead, Nikki lies to everyone she knows, hides Tom from them and then lies to Tom as well. It's difficult to take a romance seriously when it has such a fraudulent foundation. Thankfully, Bening gives Nikki a fragility that makes her sympathetic, and her interaction with Harris bristles with unexpected connections because they are experiencing their blossoming relationship in such strikingly different ways. Both of them add layers of interest to their characters that make them engaging between the lines. Sadly, Williams' character never gets a chance to evolve.

Russell Crowe, the leading man of biblical epic 'Noah', is snapped on the red carpet on his arrival at the Ziegfeld Theater in New York for the movie's premiere alongside his onscreen wife Jennifer Connelly who was there with her real life actor husband Paul Bettany.

Alfonso Cuaron, director of space thriller movie 'Gravity', was snapped at the New York premiere of the movie alongside his son and co-writer Jonas Cuaron. The film stars Sandra Bullock and George Clooney - who are the only visible actors on screen - and is set to be released in the UK on November 8th 2013. 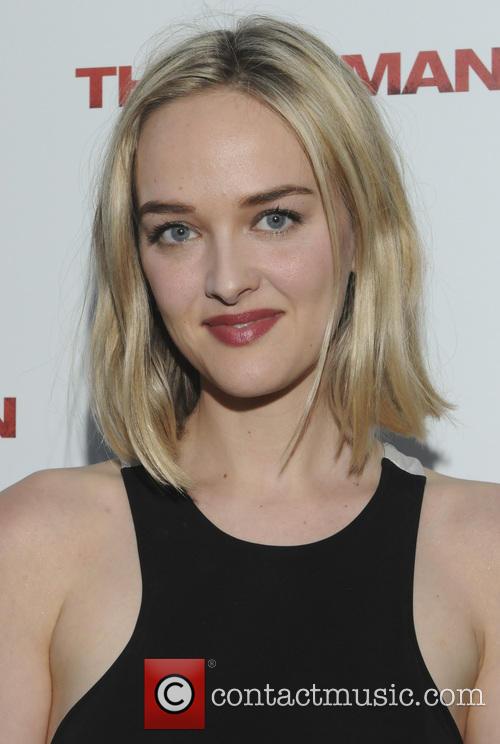 Lonnie's life is boring. His marriage to free spirit Clover has suddenly become dull and isn't half as exciting as it was in the early days of their relationship. Their lives revolve around their gorgeous baby daughter, Xana, who Lonnie loves to pieces.

Jess Weixler Tuesday 24th May 2011 Los Angeles Premiere of The Tree of Life held at the Bing Theatre at LACMA Los Angeles, California By Chris Cabin
OK
There are three bitten-off penises in plain sight in Mitchell Lichtenstein's Teeth, all three accompanied by shots of the gaping, below-the-equator wound. One of them, in the film's most grotesque sight gag, plops onto the carpeted floor like a freshly-pinched turd. 2007 gave us Quentin Tarantino's melting junk in Planet Terror. Welcome to 2008.

Decked out with odes to the 1950s bargain-basement sci-fi films that Lichtenstein grew up on, Teeth tells the delightful yarn of a teenaged girl named Dawn (Jess Weixler) and her shark-tooth-lined vagina. (The press kit, and one seriously unlucky gynecologist, is quick to point out that the Latin term is actually vagina dentate.) Bopping back and forth from churches and schools, Dawn spends her time as an abstinence-is-rockin' faith promoter. After a speech, she meets Tobey (Hale Appleman), and the purity sparks fly. Their idea of a fun date includes a wild night of popcorn and the latest animated feature at the multiplex.

By Christopher Null
Good
Don't let the DVD cover fool you. There are no bikini-clad romps at the beach in The Big Bad Swim, as the photo might suggest. Rather, this comedy-drama uses the strangest of settings -- adults learning to swim later in life -- to explore relationships among a group of disjointed Connecticuters.

Unlike with ensemble dramas like Magnolia, there's only lip service paid to connecting the stories here. While the class has about a dozen people in it, director Ishai Setton mainly focuses on two of the classmates: Amy (Paget Brewster), a teacher headed for divorce, and Jordan (Jess Weixler), an innocent-seeming girl who actually works as a casino dealer and stripper. Their lone connection: Jordan's brother is a student in Amy's class, which they put together later in the film. Swimming instructor Noah (Jeff Branson) also plays a role: He's a hunky guy that all the gals in the class adore, but he's morose and wants a dog.