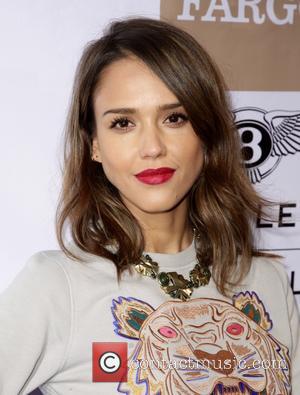 Jessica Alba revealed she has an addiction!

The 32 year-old will not be quitting acting anytime soon as she reveals it "is like a drug."

Alba, who is featured on the front cover of the 2014 March issue of Nylon magazine, craves all different types of roles especially any that are completely different from her home life.

"It's been liberating to be able to play someone who's a badass or promiscuous because that's the opposite of who I am...It's like a drug," she explains in the mag.

"I used to be so hard on myself . but you have to realize that as long as you don't make a habit of it, tomorrow will be here, and everything will be OK," she continues.

And there is the added opportunities being an actress provides, Alba is able to try things she wouldn't normally have the chance to. "I know how to ride a motorcycle, I can do wire work like you see in the circuses," she adds. "I can shoot a gun. I know how to fight, too."

The 'Fantastic Four' star's positive attitude is also transformed into the photo-shoot inside the magazine, Alba looks hotter than ever as she shows off a stylish and very cool look.

This show's been positive does actually help!