Jim Carrey and ex-girlfriend Cathriona White looked 'happy together' on their final date before her apparent suicide on September 28. 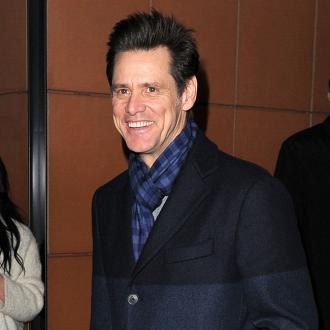 Jim Carrey and Cathriona White ''looked really happy together'' on their final date.

The 'Dumb and Dumber To' actress and his Irish ex-girlfriend - who was found dead of an apparent suicide on September 28 - enjoyed an affectionate dinner and openly smooched in their final public outing at Nobu restaurant in Malibu, California, on September 19.

A source tells 'Entertainment Tonight' the couple hugged and kissed each other throughout the evening as they enjoyed dinner on a secluded balcony overlooking the ocean.

Another onlooker added: ''They looked really happy together.''

Cathriona was found with three bottles of prescription pills by her side after being discovered dead from an apparent overdose at her home in Sherman Oaks, California.

TMZ reports the beautician was found with Ambien, Percocet and Propranolol next to her bedside when she overdosed.

The pills were prescribed by the same doctor to a name police officers think was an alias used by Jim, 53, for privacy reasons.

A source tells the gossip website Cathriona may have taken the bottles of medication from the actor's home.