Starting At Zero - His Own Story - Jimi Hendrix Book Review

'Starting At Zero - His Own Story' is an ambitious project. It is not very often you can use the word 'ambitious' to describe a book about a widely respected long-dead figure, but 'Starting At Zero' takes a different approach to the hundreds of works already written on who many call the greatest guitarist to ever live. What is contained within it is an autobiography of sorts, painstakingly compiled from reams and reels of letters, writings and musings chalked down by Jimi himself, entirely in his own voice. Outside of the introduction, which outlines the inspiration for the project and goes some way to distancing it from accusations of simply seeking to make a profit from the legacy of others, there is no further input from the two authors who have compiled it. 'Starting At Zero' is, like many other autobiographies, ghost-written - but here the ghost is the subject. 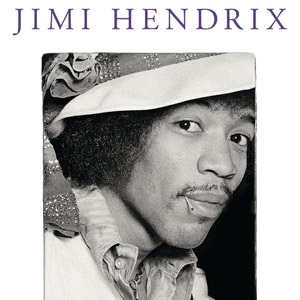 Being that it is compiled from fragments, the flow from start to finish is not as seamless as a typical autobiography. His childhood, time in the military and other events that you feel would be key to telling his story are barely touched upon, and his journey from penniless musician to superstar takes up no more than a couple of pages. But for such a restless spirit this seems somewhat apt; on a road that was traversed at such an exhilarating speed there is little time for meditation.

It tells of little that is new to anyone but it is the most personal account available of Johnny Allen Hendrix. Hendrix the man - not Jimi Hendrix the legend. It paints the picture of an intelligent man who believed in peace and love but who was grounded in real earth and not afraid to embrace his demons, a man who was supremely confident in his abilities but who didn't think that said abilities put him on a pedestal and a free thinker of astounding vigour and boundless energy who could have been a master in any field that had taken his interest.

For a comprehensive summation of his legacy, there are countless other books that would be better suited. 'Starting At Zero' contains no real analysis or breakdown of the style and sound of The Jimi Hendrix Experience, and nor does it attempt to lean on the crutch of exaggeration or downright lies to make a more interesting 'story'. However, by shunning these trappings, it is perhaps the most interesting and readable Jimi Hendrix book on the market.