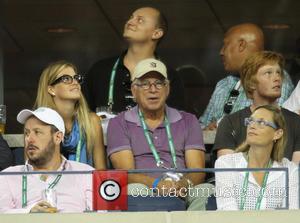 The singer's Margaritaville Tv has been well received by his 'Parrothead' devotees, who have flocked to the seven broadcasts available earlier this year (14), and as Buffett plans for his latest stream on Friday night (25Jul14), he tells Billboard even he's staggered by the feedback.

He says, "It has been unbelievable. There was one element of my inner circle that thought we'd be cannibalising ourselves by going on television. But I played my instincts, and I haven't had one person say they'll watch it instead of going to the show. They do both.

"They watch the (online) shows and get charged up to go see it in person. And there are other people that can't get to a show that absolutely love the fact we're doing it.

"My friends in Bora Bora now can punch (the shows) up on the screen and watch it while they're having dinner. It makes it a Parrothead world now, not just a nation. I think it's the way you're going to get to see us in the future. The number of shows is going down. We're taking off a little more time every year. We're not going anywhere, but this way people can make it to any show, even if we're not playing around where they are."

Buffett also has his own 24-hour Margaritaville satellite radio network, which offers fans the chance to listen to his music and live concerts.