American comedienne Joan Rivers has ridiculed her friend Madonna on her twitter page for getting ''old''. 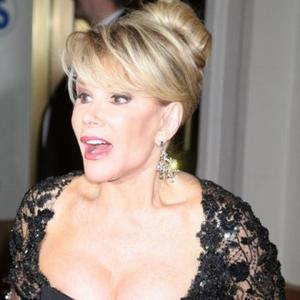 Joan Rivers has ridiculed Madonna for getting old.

The 77-year-old comedienne attended the pop superstar's 52nd birthday party at London's exclusive Shoreditch House over the weekend and has now taken to her twitter page to mock her friend.

Joan jokingly wrote on twitter: "I was just thinking: Madonna sure is getting old. I should have taught her a new birthday game - "Pin The Tail On The Coroner." Next year (sic)"

She cheekily tweeted: "I went to Madonna's birthday party. Wow! The cake had 52 candles on it, one for each child she's stolen from Africa."

Madonna - who turned 52 on Monday (16.08.10) - has four children, 13-year-old daughter Lourdes, nine-year-old son Rocco and adopted pair Mercy, five, and David, four, both of whom are from Malawi.