Veteran Actor John Cullum Is Set To Receive The Ultimate Theatre Honour By Having An Off Broadway Venue Named After Him. 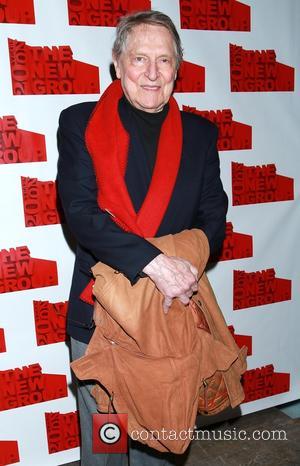 The double Tony Award winner starred at the Chernuchin Theater back in 2001 in a production of satirical musical Urinetown, before it transferred to Broadway, and now he will return on 16 October (15) when the building will bear his name.

The On The Twentieth Century actor, 85, admits he was stunned by the news, particularly as such accolades are typically reserved for late stars, and he made sure to give officials the opportunity to rescind the offer.

He recalls, "I said, 'I just want to give you the chance to back out on this.' There are so many extraordinary people who have their names attached to theatres and to have my name attached to it astonished me."

However, he adds, "I can't think of a more appropriate theatre for me. I feel right at home in that theatre."

The big reveal will take place following a performance of Urinetown, which is back at the venue with actors from the Fracture Theatre Co., and Cullum is excited to get more involved in the theatre.

"They'll probably call on me to do a few things, and if I can do them I'll try to help out there - and try to live up to my reputation," Cullum tells The Associated Press. "It's a totally new experience for me."

The Chernuchin Theater is the biggest Manhattan venue owned by officials at The Araca Group and The American Theatre of Actors, which has previously boasted the likes of Bruce Willis, Dennis Quaid, Kevin Spacey and Edie Falco among its company.