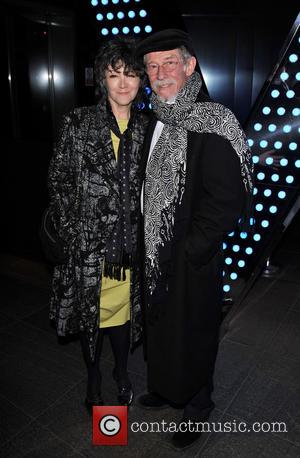 Veteran actor John Hurt left a London party held in his honour early this week (begs08Apr13) because he had to dash to Cardiff, Wales to film scenes for Doctor Who.

The Alien star was awarded cultural diplomacy organisation Liberatum's prestigious Cultural Honour for his contribution to cinema, and he was handed the prize at a special event in the U.K. capital on Wednesday (10Apr13).

However, Hurt departed the bash earlier than expected because he had to make a 151-mile (243-kilometre) journey to Cardiff, where he was due to shoot scenes on Thursday morning (11Apr13) for the upcoming 50th anniversary episode of Doctor Who.

He tells Britain's Mail on Sunday during the party, "I'm not drinking to celebrate my award. I'm due on the Doctor Who set at 8.15am."