British Tv Writer/producer Julian Fellowes' Musical Version Of Classic Tale The Wind In The Willows Is Set To Debut In 2016 After He Raised $1.6 Million (£1 Million) Via Crowdfunding. 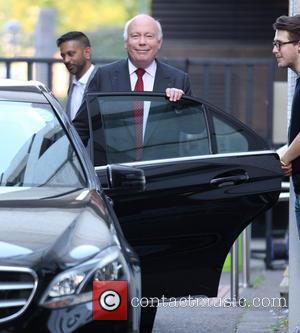 The Downton Abbey creator revealed in 2011 that he was writing the musical adaptation of Kenneth Grahame's beloved novel alongside composers George Stiles and Anthony Drewe.

The production is finally getting underway and casting has begun ahead of its opening in Plymouth, England in October (16).

The show will then move to Salford, England and then to London's West End.

"I'm happy it's finally happening," Julian tells the BBC, "A lot of people are interested in the show and have already backed it - so it is something of a weight off my shoulders that it's finally moving forward."

The trio has even created a new character for the show, Julian reveals to Britain's Daily Mail newspaper.

"We've invented the Otter's daughter because there was no girl in it at all, and we couldn't completely leave women out. Though there's no love interest, because we must remain true to his (Grahame's) idea, I'd rather have it all women than just invent a romance for the sake (of) it."

Producer Jamie Hendry also announced plans to donate copies of the novel, about the adventures of Toad, Ratty, Badger and Mole, to every school and library in Plymouth and Salford before the musical opens.