Justin Bieber showed off his ''skateboarding stunts'' at an exclusive Super Bowl party in New York on Sunday (02.02.14). 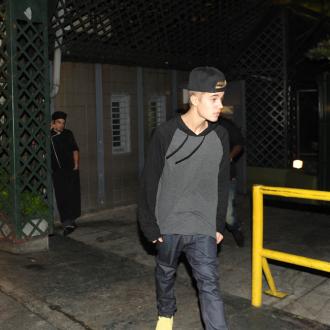 Justin Bieber showed off his ''skateboarding stunts'' at an exclusive Super Bowl party.

The 19-year-old singer arrived after 3am on Sunday (02.02.14) morning and performed tricks for guests at the Leather & Laces party at the Liberty Theatre, New York which was hosted by Victoria's Secret models Adriana Lima and Alessandra Ambrosio.

A source told the New York Post newspaper: ''Justin came with two handlers and asked party organisers if he could skate at the party.

''Bieber left his cabana to skate through the Leather & Laces party and show off some of his skateboarding stunts.

''As he skated back to his cabana area he took photos with other guests.''

Justin is said to be seen skateboarding through Times Square after 4am.

The 'Confident' hitmaker recently made headlines after getting himself into trouble.

He is facing legal problems in Toronto for allegedly assaulting a limo driver, he allegedly egged a neighbour's house in Los Angeles and was arrested for driving under the influence (DUI), resisting arrest and driving without a licence in Miami.