Kate Winslet Given Penthouse By Mendes

Kate Winslet has been signed over a New York City Penthouse by her ex-husband, film director Sam Mendes. 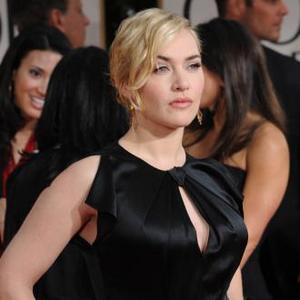 Kate Winslet has been given a New York Penthouse by her ex-husband.

'The Reader' actress' former spouse, director Sam Mendes, has transferred his half share of the $4.9 million duplex Penthouse in the city's Chelsea area, which they bought together in 2004.

Sam and Kate split in 2010, and immediately afterwards she stayed in The Apartment with their son Joe, eight, and her 11-year-old daughter Mia - her child with first husband Jim Threapleton.

However, she is now thought to have based herself in London and the New York City property is up for rent at $30,000 a month.

The home boasts four-bedrooms and five bathrooms and a 1,700 square-foot terrace. It's a duplex with 12 oversized corner windows.

Shortly after her break-up with Sam, Kate - who is now dating Richard Branson's nephew Ned Rocknroll - was said to be torn between staying in New York and returning to her home country.

A source said at the time: ''The people she's close to in New York are mums in schools but she thinks that will all change and her real friends - Emma Thompson, her sister Anna and her parents - are all over in the UK.

''Kate feels she needs a support system, but she is torn because doesn't want to disrupt her kids and is able to be very low key in New York.''