Katy B's second studio album 'Little Red, which has been described as "an almost spiritual, party-wide transcendence," reaches No.1 on the Official UK Album Chart. 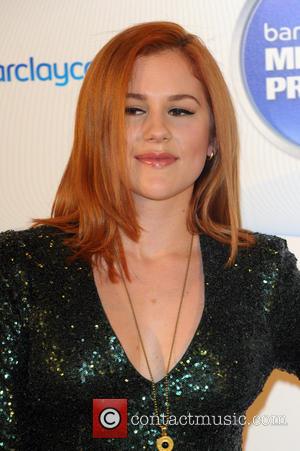 Katy B has just reached a huge milestone in her young career.

The 24 year-old form Peckham London, has achieved a No.1 album in the UK, three years after entering the charts for the first time, the Official Charts Company reports.

Katy's second studio album 'Little Red', which was released on February 7th, beat the likes of Ellie Goulding and Beyoncé to reach the summit.

The BRIT School graduate's previous album 'On A Mission (2011), peaked at No.2 and included hit tracks such as 'Katy On A Mission and 'Easy Please Me'.

And now Katy, who collaborated with songwriters Guy Chambers and Fazer T Smith, has also found new success in the singles charts as the track '5 AM' is in the top 20 and her newest song 'Crying For No Reason' falls into No.5.

A review by The Telegraph, who awarded the new set 5 stars, stated, "Her magic trick is to sound like a Saturday night everygirl and magnify those emotions into an almost spiritual, party-wide transcendence, like a street wise, 21st century answer to Agnetha Faltskog".

Katy took to twitter to thank all the help and support she received on the album, "Aaaaah just heard #LittleRed is number 1!!!! I'm over the moon!! Big hugs to everyone who's supported it," she posted.

Ellie Goulding's 'Halcyon' finished close behind at No.2 and London Grammer climb just one place to take the third position.

Beyoncé's self-titled album follows in the 4th spot and round off the top five is Swedish DJ Avicii with his debut studio album 'True'.

Below are the official top ten UK albums:

9. SINCE I SAW YOU LAST-GARY BARLOW Congratulations to Katy B on earning her first UK No.1 Album