American Idol Hasn't Called Keith Urban Yet, (Do You Want To Tell Him, Or Should We?)

Keith Urban may be on his way out of American Idol. 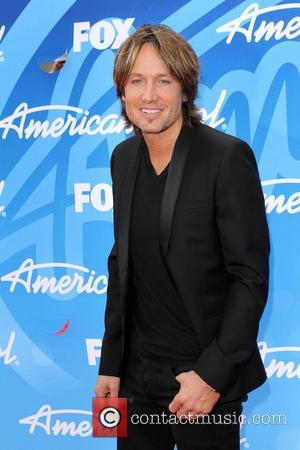 Keith Urban says he is still awaiting his fate on American Idol and remains in the dark of producer's plans for the new season. Urban has been a popular and inoffensive judge on the show for season twelve, though industry sources suggest Fox are planning a complete overhaul of the show for season thirteen.

"I have no official information of anything. I'm pretty much in the same boat as everybody else here with the rumors that have been floating around," Urban told the Associated Press, "I don't know anything more about what's happening next season. It was like this before I signed on . . . so it's not unusual for the Idol folks to be in this place of figuring out what they want to do, then they always pull it together." Last week, E! News reported that Mariah Carey, Nicki Minaj, Randy Jackson and Urban would be replaced by Jennifer Hudson, Kelly Clarkson, Adam Lambert and possibly Aiken. American Idol producers were left red-faced midway through season twelve after it emerged they had tried to replace Mariah with previous judge Jennifer Lopez following dwindling viewer ratings. Carey's legal team blocked any such thing from happening.

We assume Urban wouldn't be too fussed should Idol bosses want to take the show in a different direction. His new album Fuse will hit shelves on September 10, 2013 and he'll head out on a huge tour in mid-July. Oh, and he's married to Nicole Kidman. So... Keith Urban Has A Strong Fanbase, Though He Looks Unlikely To Return To American Idol