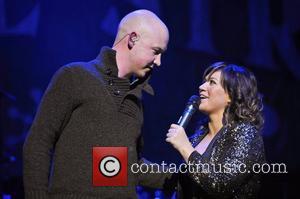 Kelly Clarkson has begged fans to back off after she was bombarded with hate-filled messages for supporting Republican U.S. Congressman Ron Paul.
The Miss Independent hitmaker told her followers on Twitter.com she will vote for the politician if he becomes the party's candidate for the 2012 election, adding, "I love Ron Paul".
But her comments angered a group of left-leaning fans and the former American Idol winner received such a barrage of abuse she felt forced to appeal for calm.
In a series of posts on the microblogging site on Wednesday night (28Dec11), Clarkson wrote, "I am really sorry if I have offended anyone. Obviously that was not my intent... I like Ron Paul because he believes in less government and letting the people (all of us) make the decisions and mold (sic) our country. That is all."
She later added, "Man my eyes have been opened to so much hate tonight. If y'all ever disagree with something I say please don't feel the need to attack me. I will listen to what you say and any articles or viewpoints you have when you say it with respect.
"Being hateful is not a healthy way to get people to see or hear you. I was raised to respect people and their decisions and beliefs and I hope you will grant me the same decency."