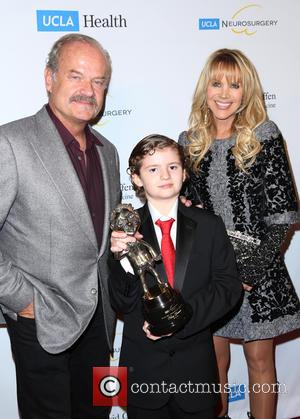 Actor Kelsey Grammer is set to make a return to Broadway after joining the cast of new musical Finding Neverland.

The former Frasier star is set to play Charles Frohman, the producer of playwright J.M. Barrie's production of Peter Pan, according to The New York Times.

Grammer was last seen on the Great White Way in 2010 playing a gay nightclub owner in La Cage aux Folles, a role which earned him a Tony Award nomination.

He is taking over the part in Finding Neverland from Tony winner Michael MCGrath, who portrayed the producer during the show's successful run at the American Repertory Theater in Cambridge, Massachusetts over the summer (14).

Grammer joins Glee star Matthew Morrison as Barrie in the production, which is based on the 2004 movie starring Johnny Depp and Kate Winslet.

Finding Neverland is slated to begin performances at the Lunt-Fontanne Theatre in New York City in March (15).