Kelsey Grammer Is Taking A Two-month Break From His Broadway Role As Captain Hook In Peter Pan Musical Finding Neverland. 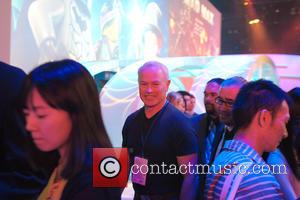 It's not clear why the Frasier star, who originated the role of both Charles Frohman and the pirate villain, is taking a break, but his young children, Faith and Kelsey Gabriel, turn three and one, respectively, in mid-July, when the actor's hiatus begins.

His replacement will be Australian stage veteran Anthony Warlow, who will take on the dual roles until 13 September (15), when Grammer is scheduled to return to the production.

Warlow is most famous for playing the lead in Phantom of the Opera onstage in Australia. He took his Broadway bow as Daddy Warbucks in Annie in 2012.

Finding Neverland has become a big hit at New York's Lunt-Fontanne Theatre, where it opened to rave reviews and sell-outs in March (15).