The actors will team up for the still-untitled comedy series, which is expected to air some time in 2014 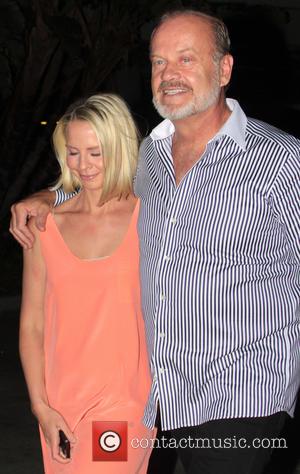 FX have green-lit a new comedy series starring Kelsey Grammer and Martin Lawrence, with the network announcing the news of the new series this Wednesday (June 19). The pair will star as two Chicago lawyers who, despite being poles-apart in their personal and professional life, develop the unlikeliest of friendships.

Like the Charlie Sheen series Anger Management and the planned George Lopez sitcom coming to the network soon, the series will follow the 10/90 rule that guarantees a series a 100-episode run, providing the first 10 episodes of the show are a hit. Again, like Anger Management, the series will also be produced at a speedy rate, ensuring the full set of 100 episodes are completed within a relatively short period of time between each other. The network will still air individual seasons at a conventional time, rather than airing all 100 episodes in one push.

The show will mark Lawrence's return to television on a regular basis for for the first time since his sitcom, Martin, ended in 1997. As for Grammer, whose most recent starring role in Staz's Boss has won him much acclaim, it will mark a welcomed return to comedy in general; his last comedic roles coming only briefly during 2012 when he played 'himself' on 30 Rock for two episode and reprised his role as Sideshow Bob on two episodes of The Simpson. Both actors are clearly excited to work with each other as well, with the Grammer and Lawrence each releasing gushing statements about their co-star following the announcement of the new series.

"Martin is arguably one of the funniest men alive and after some success in drama I thought it might be time to try my hand at comedy," Grammer said, with Lawrence going on to add, "I am excited to be returning to TV and to be working with Kelsey. We have a great time together so I am looking forward to making a good show with a lot of laughs."

No word on when the show will begin shooting or when it is set to air, but expect a 2014 date. We'll keep you posted as developments unfold. Lawrence is making his return to television