Marvel President Kevin Feige does have some "vague dreams" about how he could work on an X-Men and Avengers crossover.

The Marvel Cinematic Universe is something that keeps going from strength to strength, showing no signs of slowing down with Marvel President Kevin Feige at the helm. Having worked on some brilliant movies that have gained millions of fans from audiences across the globe, there are of course those who are asking for more at every opportunity.

Kevin Feige is a man with a "vague" plan

One idea that's been floated around by those in the MCU fan base is to bring the X-Men and the Avengers together on the big screen. That's not been possible just yet because of character rights and different production studios, but with Disney poised to win those rights very soon, it's no longer a pipe dream.

Continue reading: Kevin Feige Has Some "Ideas" For An X-Men And Avengers Crossover

Marvel Studios president Kevin Feige has opened up about why Ghost was chosen as the villain for 'Ant-Man & The Wasp'.

Though there's been a huge delay in bringing 'Ant-Man & The Wasp' to cinema screens in the United Kingdom, the excitement amongst fans of the Marvel Cinematic Universe is at an all-time high. It's been a little while since we last saw Paul Rudd suited up as the miniature hero, as he failed to appear in 'Avengers: Infinity War', so it'll be good to see the titular star alongside Evangeline Lilly's The Wasp in just over a month's time.

Kevin Feige has opened up about Ghost; the villain from 'Ant-Man & The Wasp'

One of the biggest questions fans have about the film, is just how well the villain of the piece, Ghost, will be woven into proceedings. Marvel Studios have hit it out of the park with recent villains Thanos (Josh Brolin) from 'Infinity War', and Killmonger (Michael B. Jordan) in 'Black Panther', after criticisms came from earlier movies that their big bads weren't fleshed out enough.

Marvel Studios president Kevin Feige says we can expect a real coming together from the Avengers in the next sequel.

'Avengers: Infinity War' has done an incredibly good job of keeping Marvel Cinematic Universe fans on their toes. With some heartbreaking twists and turns, it would seem the characters that make up 'Phase 3' will never be the same again, but we do know they'll be making a return in next year's sequel, 'Avengers 4'.

Not much is known about the plot of the film, other than it will see the comic book heroes doing their all to stop Thanos from taking over the planet completely, but plenty of rumours surround the flick. The most obvious step to take for filmmakers, would be to play with space and time, so that fallen heroes can make a return and bring Thanos down once an for all.

The Marvel Cinematic Universe is one of the most successful movie franchises the world of cinema has ever seen. Bringing superheroes from Marvel Comics to the big screen, such as Thor (Chris Hemsworth), Captain America (Chris Evans), and Spider-Man (Tom Holland), those working on each of the MCU releases seem to have cracked the perfect formula for amazing results.

Kevin Feige opens up about awards and the Marvel Cinematic Universe

What Marvel Studios hardly ever sees however, is a long list of nominations for some of the biggest prizes at award ceremonies throughout the movie industry. It's something that happens for the majority of superhero-based films, though Heath Ledger's portrayal of the Joker broke the mould when he was posthumously nominated for Best Supporting Actor at the Oscars, eventually going on to win the award.

Kevin Feige has said he's unsure if the Marvel Cinematic Universe will actually come to a close with 'Avengers 4'.

The Marvel Cinematic Universe could be something that goes on forever, if recent words from Marvel Studios president Kevin Feige are anything to go by. Whilst he insists the narrative that's been told for the past decade will be coming to its conclusion with the release of 'Avengers 4' in 2019, he doesn't think that means the MCU will have to end.

Kevin Feige is the president of Marvel Studios

There have been an incredible 19 films released as part of the MCU to-date, bringing billions of dollars for Marvel Studios and making a huge impact on the world of film. It's hard to walk into a cinema nowadays and not see a superhero movie being marketed; the MCU has changed the Hollywood landscape for the foreseeable future, with the unofficially-titled DC Extended Universe also doing a lot in the same regard.

'Spider-Man: Homecoming' was certainly an incredibly entertaining Marvel Cinematic Universe entry, but it was a film that left us confined to the streets of New York. Now, with the hero established and Tom Holland happily accepted by the masses as the web-slinging superhero, he'll be branching out in his next solo movie. Kevin Feige reveals some plans for the sequel to 'Spider-Man: Homecoming'

Exactly where he'll be going remains to be seen, but Marvel Studios chief Kevin Feige has been speaking about where filming has been taking place. That's not to say those places will be the locations visited in the movie when it hits the big screen, but they may be some indication of where Peter Parker will be suiting up in 'Homecoming 2'.

The women of the MCU have made a great impression over the years.

The Marvel Cinematic Universe is one of the most expansive and colourful places in the world of movies. Throughout the years, a number of compelling stories have been told, but there's been a noticeable lack of representation for both women and people of colour. Fortunately, that's all changed this weekend with the release of 'Black Panther' in the US; a movie made up of predominantly black talents, and one that currently sits with a perfect score of 100% on reviews aggregate website Rotten Tomatoes. When it comes to the female superheroes we've been introduced to however, there has been a real lack of focusing on their individual stories. That looks to change with the release of the Brie Larson-led film 'Captain Marvel', and with Scarlett Johansson finally getting her own solo 'Black Widow' movie.

The Marvel Studios president is always looking to the future.

The Marvel Cinematic Universe [MCU] is without a doubt one of the most popular and successful movie universes to exist within the modern day entertainment industry. Bringing comic book and superhero fans films such as 'Avengers', 'Spider-Man: Homecoming' and next month's 'Black Panther' - which has recently garnered some fantastic critical reviews - it's clear that Marvel Studios and their president Kevin Feige know exactly what they're doing. This year, three films from the MCU will be put out into the universe, with a total of 11 superhero flicks set to drop before the end of 2018. With all that have come before and all that are still to come, there's always the challenge of keeping comic book movies fresh and interesting. That's something that Feige realises, and he hopes to keep on top of bringing unique approaches to the MCU to avoid their releases becoming stale. 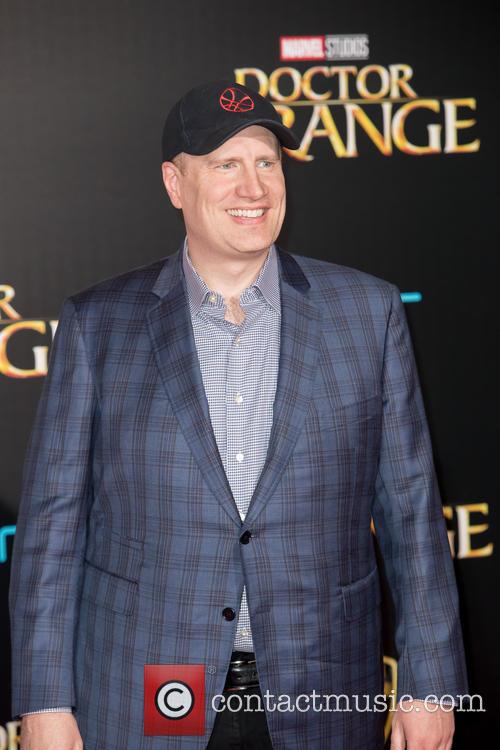