Q. Did Khloe Kardashian Do Enough To Keep X-Factor Job? A. What Do You Think?

Khloe Kardashian never got the call about X-Factor season three. 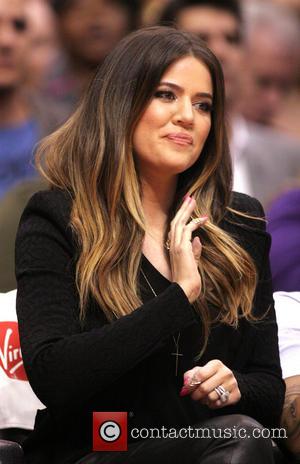 Khloe Kardashian probably started worrying after hearing that Mario Lopez was returning as host of The X Factor USA for season three. The Fox show was happy to offer Lopez a new contract, though there was nothing for Kardashian, whose hosting during season two was met with widespread criticism.

It has been widely rumored that Kardashian would not be returning to her role, and X-Factor producers confirmed the axing this week. "Khloe Kardashian will not be returning to co-host The X Factor. We really enjoyed working with her and wish her all the best in her future endeavors," said Simon Cowell in a statement. The music mogul made light of the situation, adding, "Hosting a live show and keeping the judges - especially Demi [Lovato] - in line, is not an easy job, but Mario is a pro and we are glad he's coming back."

It's unclear whether Cowell will be looking to recruit a new co-host for Lopez, though he clearly has the ability to host alone. "I'm excited to officially announce I'm returning to the @TheXFactorUSA team! We're coming back stronger & better than ever... Can't wait," Lopez tweeted this week.

There are currently two judging spots vacant, following the departure of Britney Spears and LA Reid. Katy Perry is the most likely to come in, though Kelly Rowland and Ne-Yo have also been mentioned.