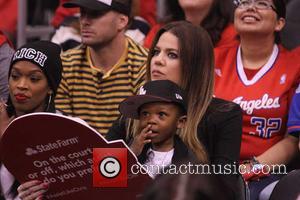 Picture: Khloe Kardashian - Celebrities at the Clippers Grizzlies NBA playoff game at the Staples Centre. The Clippers went on to defeat the Grizzlies 91 -...

It's currently unclear whether a replacement will be sought for Kardashian, or whether Lopez will hold the fort alone. Two definite vacancies lie on the judging panel, with both L.A. Reid and Britney Spears leaving the show. Katy Perry and Kelly Rowland are the most likely candidates.

Just for you, here's some of Khloe Kardashian's worst and most awkward moments on The X-Factor:

Here's Khloe Kardashian totally screwing up the flow of the live show: