Khloe Kardashian and husband Lamar Odom are keen to have children, with the sportsman hopeful the couple can have twins. 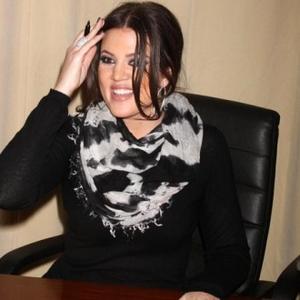 Khloe Kardashian's husband wants the couple to have twins.

The socialite and her basketball player spouse Lamar Odom are keen to start a family but the brunette beauty thinks the sportsman has a lot to learn when it comes to biology.

In a joint interview with her sisters Kim and Kourtney Kardashian, she told KIIS-FM DJ Ryan Seacrest: "He asked me, 'Can't we just put two in there?' He's crazy, he thinks it's like that easy."

Kim - who has recently been romantically linked with model Gabriel Aubry - also admitted to the presenter that she is currently dating someone, despite previously saying she wanted to remain single after splitting from NFL stars REGGIE BUSH and Miles Austin earlier this year.

She said: "I really do want to stay single but it's really hard when you meet amazing people, and gorgeous people. I'm dating - I'm definitely dating."

Though Ryan didn't directly ask Kim if she was dating Gabriel, he queried whether she would like to meet Halle Berry, the mother of the Canadian hunk's two-year-old daughter Nahla.

The 30-year-old beauty also laughed off the constant scrutiny of her love life, insisting that whenever she Steps out with a man, she is not necessarily romantically involved with them.

She said: "If I'm photographed on five different dates, it's assumed I am the town slore, and I could have never hooked up with any of these people.

"Sometimes I just wanna date whoever... even if I never sleep with someone, and I'm photographed with three different guys, they assume I've slept with all three guys."