Kim Kardashian treated a lucky teenager to an impromptu VIP experience at Kanye West's concert in New Orleans on Thursday night (05.12.13) and took her backstage to meet the rapper after the show. 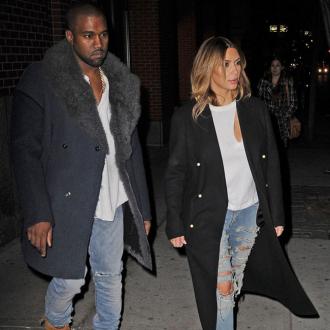 The 'Keeping Up with the Kardashians' star reached out to her fan @MyleezaKardash on Twitter in New Orleans, Louisiana on Thursday (05.12.13), after hearing she was among the crowd, and invited the 19 year old and a pal to watch the concert with her, alongside Beyonce Knowles' sister Solange and her son, Juelz, before whisking them backstage to meet the rapper after the show.

Kim, 33, sent her security to find Myleeza after she tweeted: ''I'm looking for Kim SO hard while we wait for Yeezy to come out. Wya sis? (sic)''

Sharing her story on Twitter, the overjoyed fan wrote: ''Kim's security came to get me & [my friend] Sara and when we got to the VIP section...Kim immediately stood up and waved for us and said, 'Hey Myleeza! Thank you for coming!' ''

After dancing up a storm at the concert, Kim took the girls backstage to meet her fiance, who was equally welcoming.

Myleeza explained: ''HE WAS SOOOOOOOOO NICEEEEE! I said, 'Oh my God! We're taking a pic with the couple of the UNIVERSE!' ''

The couple chatted with their fans for a while longer and posed for pictures.

Myleeza said the night was the ''best moment'' of her entire life.

Kim tweeted the teen following the concert and wrote: ''I had the best time, so happy you did too! Xo.''