Kim Kardashian West has banned her family from talking to her about Amber Rose and ''doesn't even care'' if she criticises her. 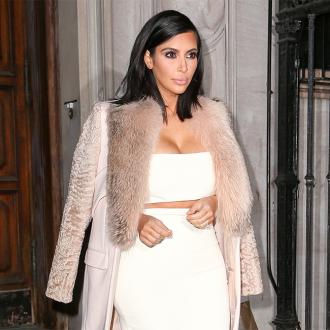 Kim Kardashian West has banned her family from talking to her about Amber Rose.

The 34-year-old reality TV star, who was recently branded ''a w***e'' by husband Kanye West's ex-girlfriend, reportedly isn't upset about her comments because she ''doesn't even care.''

A source close to the 'Keeping Up with the Kardashians' star said: ''If it's not something important or relevant, she doesn't want to know about it or hear about it. That's her rule and people around her know that. People have brought it up to her and she just says, 'I don't want to know.' Kim doesn't even care. She's ignoring it.''

The brunette beauty's mother Kris Jenner is said to have been annoyed with daughter Khloé Kardashian for getting into a war of words with Amber on Twitter last week after she criticised her half-sister Kylie Jenner, 17, for dating 25-year-old rapper Tyga, but Kim isn't concerned about what the model has to say about her or her family.

The insider told gossip website RadarOnline.com: ''Kim's in a different stratosphere than Amber. It's comparing apples to oranges. She will never acknowledge this. She doesn't care if others are. Whatever fallout comes is what others are creating.''

Kanye, who dated Amber for two years until 2010, recently suggested she was only ''soaking'' in his fame and claimed he had to take ''30 showers'' after dating her.