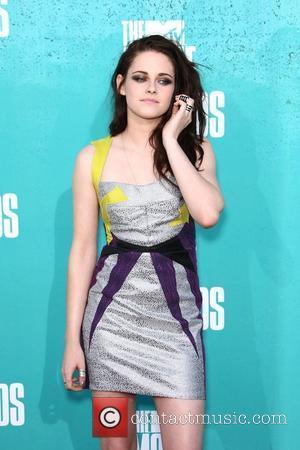 Forbes has listed Kristen Stewart as the highest paid actress in the world, for her earnings between May 2011 till May 2012. Two big paycheques in that period - for 'Twilight Breaking Dawn: Part 1 and 'Snow White and the Huntsman' - contributed to her ranking.
Her total income for the year totalled $34.5 million, enough to beat Cameron Diaz into second place. But how accurate is Forbes' system for assessing wealth? Pretty accurate, it would seem. A quick cross-reference with celebrity wealth site The Richest.com suggests the 'winners' total was similar to that in 2011, when Angelina Jolie was named the wealthiest actress with takings of $30 million. In that instance, it was also two high profile movies that secured the top spot, with Angelina appearing in 'Salt' and 'The Tourist', with Johnny Depp. Big years for Jennifer Aniston and Reese Witherspoon in 2011 saw them take $28 million each (to tie for third place), though this year, the gap was greater. Sandra Bullock's $25 million was enough to secure third place, while Angelina found herself in fourth with just $20 million. Further down the list, Charlize Theron made $18 million, while Julia Roberts made $16 million.
Stewart reportedly pulled in $12.5 million for the final Twilight movies, the exact same amount as her co-stars Robert Pattinson and Taylor Lautner. She will next star in Nick Cassavetes' action-comedy 'Cali'.