Kylie Jenner has been banned from seeing Justin Bieber by her father, Bruce Jenner. 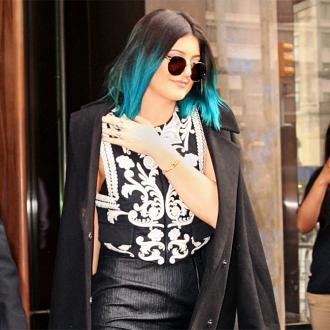 Kylie Jenner has been banned from seeing Justin Bieber.

The 16-year-old reality star's father, Bruce Jenner, is not happy with her hanging out with the bad boy singer - who has had numerous run-ins with the law this year and was caught up in fresh controversy this week when a video emerged of him using a racial slur - and doesn't want her seeing him again after she accompanied him to the Floyd Mayweather boxing match in Las Vegas on May 3 and to the Rainbow Room bar in Hollywood on May 27.

A source told Sugarscape.com: ''Bruce had thought Justin was hanging out with Kendall, his 18-year-old daughter, with Kylie just tagging along and he was fine with that.

''But when he learned that Bieber had taken Kylie to Las Vegas to see the Floyd Mayweather Jr. fight, he hit the roof and immediately called [estranged wife] Kris Jenner, fuming.

''Bruce then phoned Kylie, forbidding her to date Bieber ever again bluntly declaring her doesn't want her influence by his drug use and bad behaviour.''

Kris is said to be supportive of Bruce's views and agrees she is too young to be hanging around with the 20-year-old 'Confident' singer.

The source added: ''Kylie went crying to Momma, but Kris - who's usually all about the publicity - shocked her by siding with Bruce. She totally agrees Justin's bad news.''