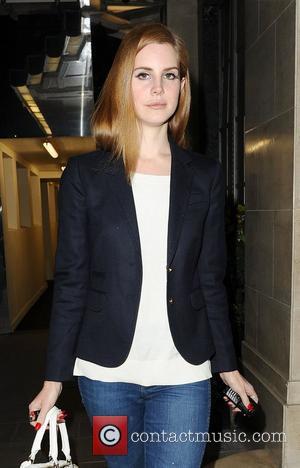 Despite a slew of lukewarm reviews for her debut album Born To Die, Lana Del Rey triumphed at last night's Brit awards, taking home the award for International Breakthrough Act. She follows in the footstep of the global superstar Lady GaGa, who won the award in 2010 and Justn Bieber who won last year.
Lana Del Rey faced competition from Aloe Blacc, Grammy award winning Bon Iver, Foster The People and Nicki Minaj but triumphed over the stiff competition posed by her fellow nominees. In her acceptance speech, she thanked her British fans, saying "This award means much more to me than you know and I just want to say that without the support of everyone is this room and everyone in the Uk I'd really be lost so thank you, I love you." Will.i.am of Black Eyed Peas announced the winner of the award, with the comedian Rob Brydon. When her name was called, Lana walked to the stage, with her song 'Video Games' cued up to play "it's you, it's you, it's all for you." She began her speech by saying "this award means much more to me than you know," the emotion audible in her voice.
Lana Del Rey has divided critics, many of whom have been disappointed by her live performances, following her much-loved debut single 'Video Games.' Despite this, her album, Born To Die went straight to number one in its first week of release in the UK, where it remained the following week as well.