Lana Del Rey is reportedly refusing to turn up at the BRIT Awards because she feels the category in which she's nominated, Best International Female, is a ''dead cert'' to be won by rival Taylor Swift. 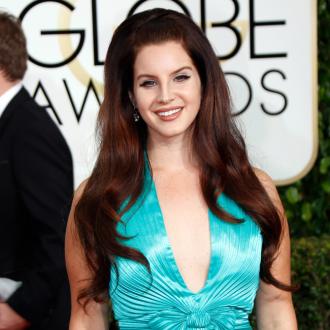 Lana Del Rey is ditching the BRIT Awards because of Taylor Swift.

The 'Video Games' hitmaker is reportedly refusing to attend the ceremony - which takes place at east London's O2 Arena next Wednesday (25.02.15) - because she feels the category in which she's nominated, Best International Female, is a ''dead cert'' to be won by her rival.

A source told The Sun newspaper: ''Lana didn't think there was any point in turning up when it's all been geared up for Taylor to win.

''She feels like Taylor is a dead cert and doesn't want to take part in the love-in.''

Meanwhile, it is not only Lana - who previously won two awards at the ceremony: International Breakthrough Act in 2012 and International Female Solo Artist in 2013 - who has dissed the 'Shake It Off' hitmaker.

Paloma Faith - who is set to perform at the award show - previously slammed the 25-year-old singer as ''pathetic'' after it emerged that she had trademarked some of her own lyrics including ''this sick beat'' and ''party like it's 1989''.

The 'Only Love Can Hurt Like This' hitmaker said: ''This sick beat' is probably something she's stolen from someone else.

''It's kind of pathetic, if you want my honest opinion. Is she that desperate to stand out from the crowd? With her exclusive phrases? I think it shows a distinct lack of self-confidence.''