Actress Lea Delaria Has Recruited Her Orange Is The New Black Co-star Uzo Aduba To Entertain Guests At Her Upcoming Wedding. 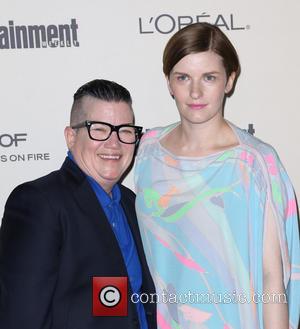 DeLaria will wed fashion editor Chelsea Fairless on 8 January, 2017, and they didn't have to look far to find the main performer for their reception.

She tells People.com, "Chelsea and I both love Uzo's voice and the way she sings, so it was sort of a no-brainer to ask her to sing at the wedding."

Aduba, who recently joined Taylor Swift onstage in New Jersey, will belt out Jevetta Steele's Calling You from 1987 movie Bagdad Cafe at the nuptials.

She won't be the only Orange Is the New Black castmate featured in the non-traditional wedding - DeLaria has asked 51-year-old actress Lori Petty to serve as a flower girl.

The actress previously revealed Modern Family's Jesse Tyler Ferguson will be her best man, while comedienne Sandra Bernhard will officiate the same-sex ceremony.

DeLaria's big day will be made all the more special as it will take place on her late parents' anniversary.

She recently revealed, "I need it to be January 8th because my parents have both passed and that's their wedding anniversary. So it's my way of having them there."