You'd think they'd have bothered to double-check the name spelling of the recipient of the 'Lifetime Achievement Award'! 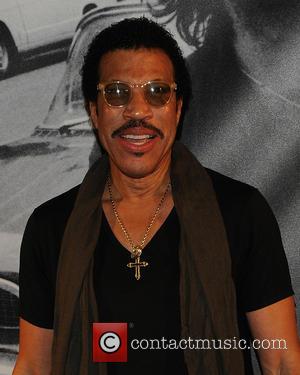 Whoever was in charge of the captioning at last night's BET Awards should hang their head in shame after they misspelled the name of the recipient of the Lifetime Achievement award, Lionel Richie. During the televised coverage of the Black Entertainment Television Awards on Sunday night (29th June), which was watched by millions around the world, the broadcasting team managed to spell Richie's surname as "Ritchie."

Sure, plenty of worse things could have happened, but it's still a pretty embarrassing move considering Richie was practically the guest of honor at the bash. To make matters worse, the mistake flashed on the screen in large lettering as the 65 year-old soul star headed to collect his prize.

Soon the hashtag "#lionelritchie" began trending on Twitter as viewers picked up on the blunder and quickly spread the news leading to embarrassment for the show's production team.

Richie was being recognised for his near half century career as a performer and was gifted with a unique tribute from the singer John Legend, who performed soulful renditions of some of Richie's hits, including 'Hello.' He accepted his accolade from 'Happy' singer Pharrell Williams, who also performed at the star-studded event.

Collecting his trophy, Lionel was nostalgic, saying "The funny thing about this award tonight is exactly 35, 40 years ago when I started writing these crazy songs, I must tell you the words tonight, these are all the songs they told me would ruin my career.

"Sail On, you're out of your mind, All Night Long, what the heck are you doing. Soul is a feeling, not a colour. Talent is a god given gift and not a category. And out of the box is that magical place where talent, true talent, goes to live and thrive and breathe, and may you never give it up as long as you're in this business," he said.

However, Beyoncé and Jay Z were two stars that were not present which was unfortunate considering Beyoncé won Best Female R&B/Pop Artist and the couple won Best Collaboration. The pair, who have recently embarked on their joint world tour.

Plenty of viewers will have stayed up to see if the pair would perform live at the awards but were disappointed when a pre-recorded video of them during a stop of their tour in Cincinnati. "People are leaving the awards show in droves right now during Jay Z and Beyonce clip #BETAwards," tweeted Billboard after it became apparent that neither was going to make an appearance.