Picture: Lisa Bonet on the film set of the American re-make of the BBC drama 'Life on Mars' in the Lower East SIde New York City,...

Lisa Bonet fought with her daughter ZOE over the teenager's plans to become an actress.
Zoe, 19, is actress Bonet's daughter from the star's marriage to rocker Lenny Kravitz.
When the teen was offered a role in 2007 movie The Brave One, she jumped at the opportunity to follow in her famous parents' footsteps - but had to overcome the iron will of her protective mother first.
Bonet says, "I was very resistant. It was probably one of our most challenging times. We locked horns."
The 40-year-old eventually gave in, and Zoe has followed The Brave Ones with roles in films The Assassination of a High School President and Birds of America.
But the former child star insists she was right in forcing her daughter to question her motivation for becoming an actress.
Bonet adds, "I was able to slow it down a little but not completely.
"Zoe is smart, and her heart is in the right place." 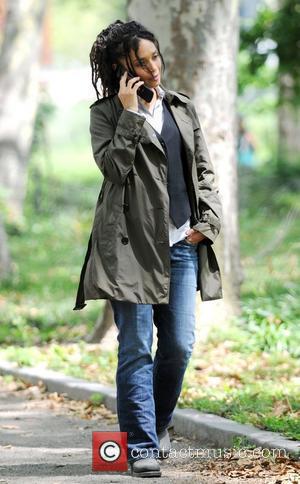