Lupita Nyong'o proud to be 'space cadet' in Star Wars

Lupita Nyong'o is very excited for people to see 'Star Wars: The Force Awakens' and is thrilled she gets to play space pirate Maz Kanata in the sequel. 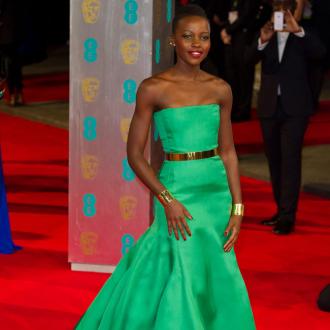 Lupita Nyong'o is thrilled she gets to be a ''space cadet'' in 'Star Wars: The Force Awakens'.

The 32-year-old actress portrays Maz Kanata - a pirate and galactic traveller - in the highly anticipated sci-fi sequel and admits she always dreamed of space when she was a kid.

Speaking to the Metro newspaper, she said: ''I am super excited to be moving to another planet for a while. As a child, I was always interested in make-believe. I was known to hide in closets and play with dolls while other kids were outside riding bikes.''

She added: ''My mother used to call me a space cadet. Now I ostensibly get to be one.''

The '12 Years a Slave' star cannot reveal any details about the movie's plot or whether she will be a follower of the Dark Side or a force for good in the film.

Lupita did admit though that even though she is now an Oscar winner her feet have remained firmly planted on the ground.

She said: ''Fame didn't mean anything to me until I got the Oscar nomination. That's when it became real. Now I feel I'm in a place of privilege. It's an important place, considering how the media consciously and subconsciously affects how we feel about ourselves.''

'Star Wars: The Force Awakens' - directed by J. J. Abrams - will be released this December.