There is something special about a director who can connect and empathise so completely with a child actor and that certainly seemed to be the dynamic between Marc Webb and 10-year-old Mckenna Grace on the set of family drama 'Gifted', the latter of whom praised his patience and sensitivity. Mckenna Grace and Marc Webb talk on the set of 'Gifted'

Mckenna Grace spoke about working alongside Marc Webb ('The Amazing Spider-Man', '500 Days of Summer') in an interview alongside her 'Gifted' co-star Chris Evans. She plays mathematical genius Mary Adler in the movie, the niece of Chris' character Frank Adler, which follows the custody battle between him and her grandmother as they argue over her upbringing.

'Marc, he would always give me the time I needed to prepare for scenes and if I wanted to try it differently then I knew that I could just ask him', Mckenna said of the director. 'And he'd cry with me so I was never alone whenever I had to go to a dark place.'

Watch the trailer for 'Gifted' here:

There's really nothing more heart-warming than hearing of a director dedicated so much to his actors that he puts himself in their shoes everyday. Not that Mckenna Grace needed much looking after on set; at the age of just 10, she's already quite the accomplished actress.

Her first feature film was the 2013 disaster movie 'Goodbye World', and she went on to star in TV shows the likes of 'Crash & Bernstein', 'The Young and the Restless', 'Designated Survivor' and 'Once Upon a Time'. She has also appeared in blockbusters including 'The Angry Birds Movie', 'Independence Day: Resurgence' and 'Amityville: The Awakening'. Mckenna's upcoming movie projects are the recently completed comedy 'How to Be a Latin Lover', newly announced family drama 'The Long Run' and Craig Gillespie's Tonya Harding biopic 'I, Tonya'.

'Gifted' is released in theatres everywhere on April 14th 2017. 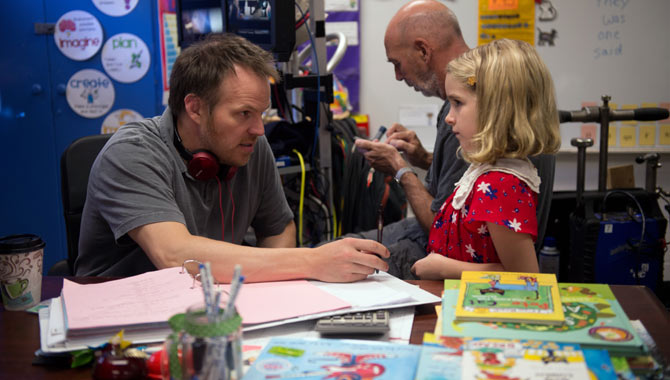