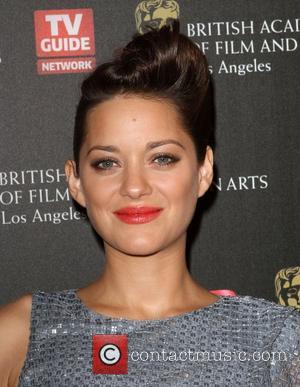 Marion Cotillard has reportedly joined the cast of the forthcoming Batman movie, 'Dark Knight Rises'.
MARION COTILLARD, the French OSCAR winning actress, has reportedly signed on to join Christopher Nolan's 'Dark Knight Rises', reports People Magazine.Although it is not yet clear whether Cotillard will play a romantic interest or a rival superhero, the actress is understood to have signed onto the project in Paris on Saturday (12th February 2011). Cotillard, who is currently expecting a baby with actor-director Guillaume Canet, will reunite with her 'Inception' co-stars Joseph Gordon-Levitt and Tom Hardy, who are also cast in the forthcoming movie. Other stars reprising their roles from 'The Dark Knight' include Michael Caine, Morgan Freeman and Gary Oldman. According to sources, Cotillard will begin shooting her parts at London's Elstree Studios in mid-June, before moving to locations in Pittsburgh and Los Angeles. Filming on the movie is expected to be completed in November, with a release date tentatively scheduled for July 2012.
Cotillard's most recent movie, Woody Allen's 'Midnight in Paris', has been chosen to open this year's Cannes Film Festival on 11th May 2011.