Levine: 'I Don't Want To Be An Old Rocker' 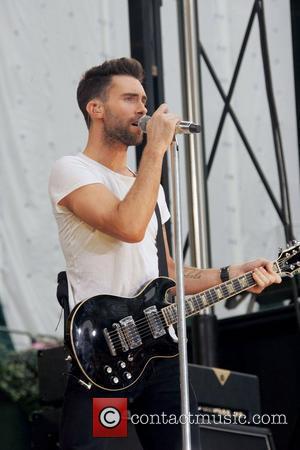 Maroon 5 frontman Adam Levine wants to quit music in 10 years' time - because he refuses to rock into old age like THE Rolling Stones.
The Grammy-winning group hit the bigtime in 2002 with their debut LP Songs About Jane, and have enjoyed over 15 million album sales worldwide.
But singer Levine isn't sure a life of touring is for him.
The 29-year-old says, "I've spent my 20s on tour and there's no consistency in my life, which can take its toll.
"Eventually I want to focus on being a completely different person because I don't want to be doing this into my 40s and 50s and beyond, like the Rolling Stones."
But Levine admits he's not quite ready to quit the limelight, adding: "I don't want to give it up just yet, though - I think we have a little more to say."
Rolling Stones Sir Mick Jagger, Keith Richards, Ronnie Wood and Charlie Watts are all over the age of 60.