Levine: 'Sharapova Was Bad Between The Sheets' 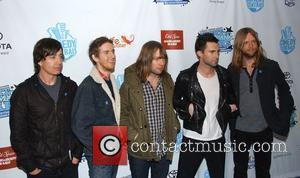 Maroon 5 singer Adam Levine ditched Maria Sharapova because she is a "terrible lover" who refused to move or moan during sex. The pair dated briefly in 2005, after meeting at the Russian Wimbledon champion's 18th birthday party - but their romance soon fell cold. Levine tells Russian magazine Exile, "She wouldn't make any noise during sex. "I can't tell you how disappointed I was. I really thought, like a lot of guys, that she'd be the loud screaming type. But instead, she just lay there like a dead frog. She even got angry if I started to moan, said it 'ruined her concentration.' It was so disillusioning that I went on Paxil (an antidepressant) for a month afterwards. Really, it was much more of a shock than when I found out there's no such thing as the Easter Bunny."