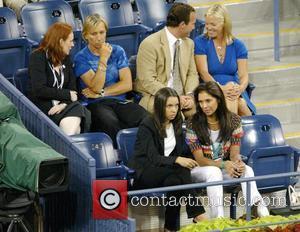 Martina Navratilova has been entertaining her fellow campers with stories of her Wimbledon glory years.

However, rather than regale the contestants with details of her victories on court, she revealed an incident that was somewhat more embarrassing.

Martina had the campers laughing by telling them about playing in the final and realising that her skirt was slipping down her legs.

Esther Rantzen also joked that the tennis star was also a "weeing champ" after she revealed details of her dunny visit.

"I was looking at my clock once when I started pee-ing," Martina said. "It lasted one minute 40 seconds. Can you imagine?!" she laughed.

Meanwhile, former DOLLAR singer DAVID VAN DAY has blamed Nicola McLean for the rift between them. 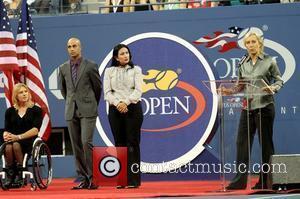