The rapper/actor isn't best pleased with the decision.

Fans hoping to see the U.K grime, garage and hip hop group So Solid Crew – who made their name in the early 2000s – will be disappointed. But no one’s more upset than crew member Harvey himself, who took to twitter to air his grievances at the late cancellation. The rapper tweeted: "Yes LoveBox is cancelled because another artist don't want us on the same stage as them. UK artists blocking SoSolid. Wow". He added: "Sorry to everyone who has bought tickets to see us at Lovebox. We have been removed with no valid explanation." Harvey then listed SSC’s curriculum vitae, saying: "So Solid Crew is a scapegoat for the industry some conspiracy ting… “Platinum albums Brit Awards & Mobos endless top tens and this is how Great Britain repay us".

Now magazine have issued an embarrassing apology, admitting they were wrong to publish claims that Cheryl Cole and MC Harvey were engaging in a secret relationship.

"Sorry Cheryl. There was no romance with Harvey - we got it wrong," reads its front cover apology, which carries on inside the mag. "Although we have seen several hundred emails, written over a six-month period, apparently between Cheryl, her mother and Michael, we are now satisfied that the emails from Cheryl and her mother are not genuine.” Cole took to twitter at the time, posting to HArvey: "Was this 'relationship' happening in your head @harveyofficial?! Are you smoking something?" Bemused, Michael Harvey Jr emailed back saying she’d been ringing him! 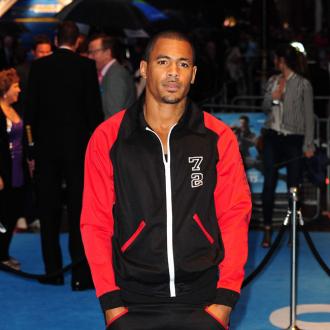