British Pop Star Tom Fletcher Has Credited His Son With Helping Him Overcome A Crippling Bout Of Depression. 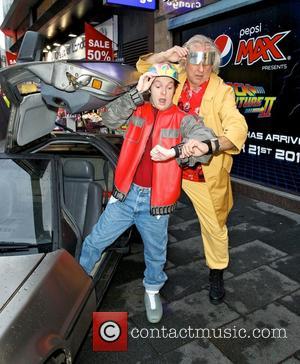 The McFly singer was diagnosed with bipolar disorder in 2010, but has revealed he is now off medication for the mental health condition.

Tom, who battled an eating disorder alongside depression, credits his son Buzz, who was born in March last year (14), with helping him take control of his life.

"I was taking medication, but I don't any more," the musician tells Britain's Daily Mirror newspaper. "Having a kid has really helped me in my life. It gives you a sense of needing to be stable. It's not about you any more, it's about this child that you've decided to bring into the world.

"You don't have any choice but to cope with life because you're doing it for someone else. I was very ready for that before Buzz was born."

Tom, who is also a member of pop supergroup MCBusted, is preparing to become a dad again as his wife Giovanna is pregnant with the couple's second child.

He first revealed his battle with bipolar disorder in MCFly's 2012 autobiography Unsaid Things... Our Story, stating that he sought treatment after reading an article on the condition.

"It was a massive relief because it meant I could do something. I was put on medication and started seeing a psychologist and psychiatrist. I also started sleep therapy which was incredible," Fletcher wrote.